At a time where vaccination campaigns are on-going at various pace depending on countries access to vaccines and sanitarian political choices, emerging of coronavirus mutations poorly or not controlled by commercialized vaccines remain one of the biggest threats today.

Since early February 2020, the Institut Pasteur – TheraVectys Joint-Laboratory starts working on developing two vaccine candidates: a Sars-Cov-2 vaccine and a universal pan-coronavaccine. Therefore, TheraVectys is positioning on a second generation of vaccine that could generate a durable cellular response against the original Sars-Cov-2 strain, existing and future variants.

A prime and target vaccination regimen was applied, in which the immune response was initiated by a standard intramuscular vaccination, and then targeted into the respiratory tract through nasal instillation. A major effect on protection was observed after challenge, with lung viral load reduced by a factor of >1,000, falling below the detection limit of an RT-PCR assay in most animals tested. In parallel to drastic viral load reduction, pulmonary inflammation, tissue injury and cytokine storm were also completely inhibited.

Design of an upcoming Phase I/IIa clinical trial of its prophylactic vaccine candidate is underway. It will target vaccinated and immunized population in the aim of boosting the herd pre-immunity and to provide long term control against SARS-CoV-2 variants. 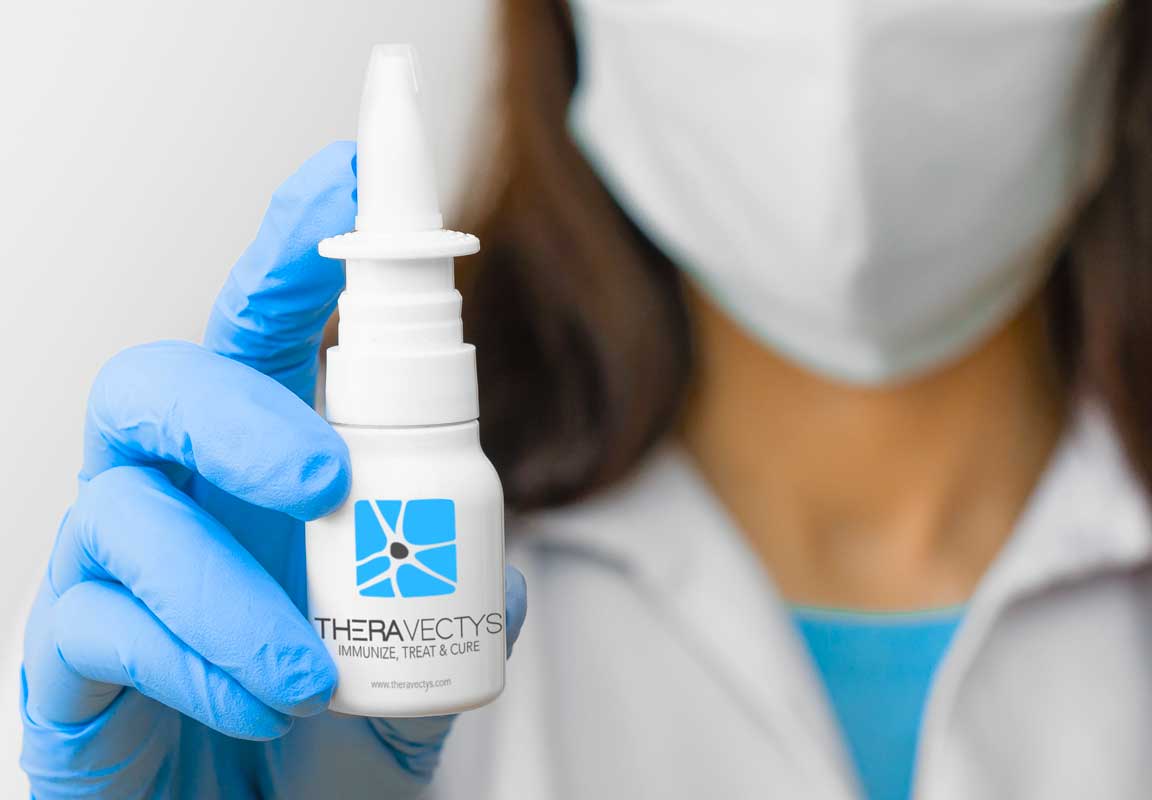 Also, leveraging on more than 25 years experiences in infectious disease gathered within Pasteur – TheraVectys Joint Laboratory, TheraVectys is developing pan-viruses’ vaccines also called lentiviral vectors “universal vaccines” to protect individuals against coronaviruses stems and their future mutations. This approach is duplicable to flaviviruses for which pan vaccine candidates are under development.